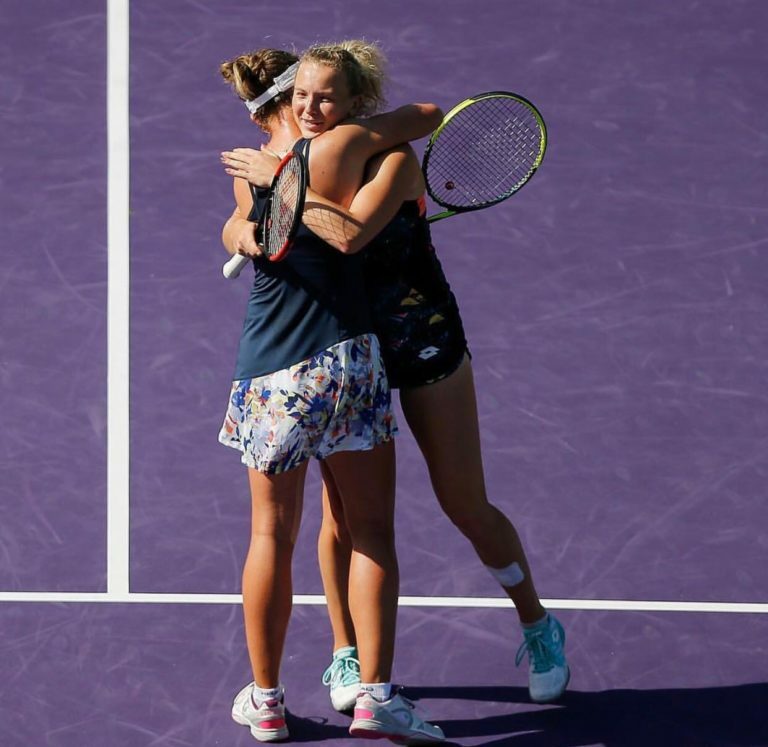 Having lost to Johanna Larsson in the first round of singles, Katerina continued her performance in Miami, pairing with the Czech Barbora Strycova in doubles. On the road to the final, Katerina and Barbara defeated the second-seed team in the quarterfinal – Hao-Ching Chan and Latisha Chan- with a score 2:6 6:4 13:11. In the next round of seminal, girls went through Elise Mertens and Demi Schuurs, beat the team 4:6 6:3 11:9. The doubles final at Miami Open was the second final of the team Siniakova/Krejcikova this year.