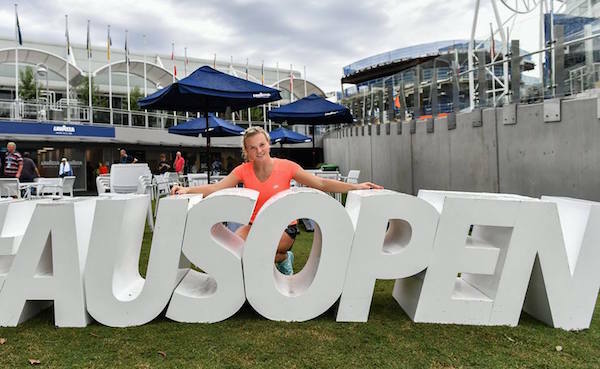 FIRST GRAND SLAM OF THE YEAR

This year Katerina Siniakova was competing in Melbourne in two events: singles and doubles. In the first round in singles, Katerina eliminated the Greek Maria Sakkari in three sets. Winning the first set in the second round, Katerina lost to the fourth-seed Ukrainian Elina Svitolina: 4-6 6-2 6-1.  Entering the doubles at Australian Open with ranking of twelfth, Katerina in tandem with Barbora Krejcikova stopped in the third round, having lost to the second-seed couple Ekaterina Makarova/ Elena Vesnina.  Katerina will continue in Saint Petersburg in the main draw with the 52th place in WTA singles ranking and 8th in WTA doubles ranking.